I’m reading Alfred Kazin’s A Walker in the City, loving every moment of it. Every paragraph is a prose poem, a hymn to life in his particular world in the Brownsville section of Brooklyn in the prewar 20th century.

He describes his early religious instruction and it reminds me of the story I grew up hearing from my Jewish grandmother. She was the daughter of a rabbi, who tried to raise his family to be observant and kosher. As she tells the story, she was told that if she or her sister ever broke the Sabbath, God would strike them dead. One Friday evening when she was twelve or thirteen, she was out playing with friends and late getting home. She missed the Shabbat Kiddush and incurred the wrath of her father. She shed a few tears and then went to her room and waited patiently for God to strike her dead. It didn’t happen and she lost her faith.

And this is how my grandmother explained to me that she became an atheist. I’ve told this story a bunch of times, and often someone will say “I grew up with my Jewish grandmother telling me the same story!”

Do you have a Jewish grandmother story? Or your own story of losing your childhood faith? Let’s hear it. 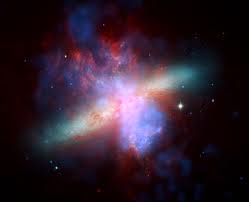 My cactus blooms again:
last year it surprised me in March, now
the faintest hints Thanksgiving week.
Just days ago, hard leathery leaves dismayed
all but their own mild thorniness.
Now they pinken at the tips with something so
incongruous and yet ~~

it’s inevitable, and
these buds surprise only me.

A cycle is not a circle
and seasons move only forward.
These are not the same buds
nor even the same leathered leaves.
As I am not and we are not,
as we were.