I’ve been inspired, the past few days, by the generous continuum of ways people think about, express, and adopt resolutions for the New Year. Or not. One friend posted: “This isn’t Lent, folks!” Which reminds me of a conversation in early Lent about giving up and taking on for Lent. Someone in that group said: “that sounds more like a bunch of New Year’s resolutions than penitence and renewal.” They’re both right, of course.

I tend to either pass up the opportunity provided by the turning of the calendar, to make change, or I come up with a long list doomed to fail. Historically, I’ve an an all or nothing gal. Like most people, many of my resolutions tend to be around health and fitness. I’m not alone here, I know. I think two years ago I wanted bench press my body weight, learn to do handstand push-ups, and train for a Tough Mudder event. Like a lot of people, my New Year’s resolutions historically have a touch of wanting to turn myself into someone else; a younger, more serene version of myself, perhaps.

There’s no such thing as a clean slate. We bring all of who we are into each year and each endeavor. Sure, I have too many unfinished knitting projects I should bind off in 2016. I’d like to pack healthy snacks more often. I chronically want to lose five pounds. But I am who I am and I’m kind of done with failure.

This week, I was chatting with a wise person about my fitness goals for the coming year and he gave me some profound advice. (“Profound” may just be another way of saying he said exactly what I needed to hear.) He said: “Think about what you want to be really good at ten years from now, and work toward that.” I immediately knew what that longterm goal was. Not that I’ll never tell; I don’t want to jinx it. 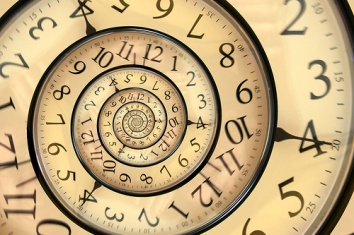 And the point is not so much the goal as the long view, the nudge to remember that time takes time. Transformation takes forever. Whether it’s moving to a new city, embedding oneself in a new community, making new friends, doing a better job of loving one’s neighbor or sharing wealth or staying healthy and injury-free over a long period of time…all of these things take time. Sometimes, forever. And that’s good news.

Accepted wisdom is that most people have broken their resolutions by the third Monday in January. But imagine that it’s not about breaking or keeping, but being faithful to a larger vision. Bring it on.